Mr. Zou Songtao was from Shandong province and died in the persecution orchestrated by Wu. Mr Zou was illegally detained many times before being sent to a labour camp for three years without trial. He was repeatedly tortured and denied visits from his wife. He died on the 4th of November 2000 and his body was immediately cremated. The familys request for a legal document on Songtaos unexpected death was turned down.

Professor Zhang Kunlun is a Canadian citizen and a Professor of Art. Because he practises Falun Gong, he was detained 3 times while working in China and on 14th November 2000 he was sentenced to 3 years in a forced labour camp without trial. Due to international help, he was released on 10th January 2001. During his incarceration, Professor Zhang was beaten, kicked, and shocked with electric batons by police. His arms, legs, and other areas were burnt from the intense electricity. The beatings badly injured his left leg, leaving his unable to walk properly for three whole months. The police also used intense mental torture against him, which almost made him collapse.

Falun Gong is a set of five gentle exercises that improve the health of mind, body and spirit. It promotes the traditional values of truth, compassion and tolerance. It is practised by 100 million people in about 60 countries.

The Chinese regime, which does not tolerate any independent groups, became concerned when the number of practitioners grew to about 100 million and banned the movement in July 1999. Since the persecution started, around 100,000 practitioners have been sent to forced labour camps without trial; 1,000 were abused in mental hospitals; many more have been detained, harassed, sacked from jobs and expelled from universities; Women practitioners have been sexually abused, raped and forced to abort their babies before being sent to labour camps. 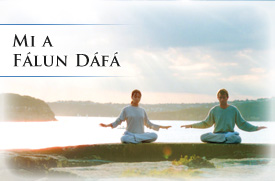